No air? That puts a chill on sales

Below is an informative article from Philly.com featuring Elfant Wissahickon Broker of Record / Managing Partner, Paul Walsh, about the importance of having central air when selling your home. 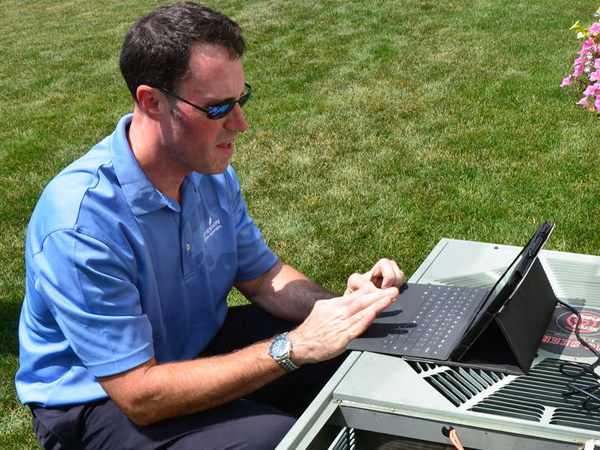 Once there was a time when many homeowners considered central air conditioning an expensive luxury.

Today, however, the vast majority of buyers expect central air to be a standard feature, especially if they are home-shopping in hot weather.

S. Clark Kendus, an agent with D. Patrick Welsh Real Estate in Swarthmore, went on a listing appointment in early August to a house with window air conditioners.

“I suggested, and the seller agreed, that it would be better to wait until mid-September to list the home, with the idea that, as temperatures go down, a home not having central air is not as much of an issue,” Kendus said.

A buyer probably would object to not having central air, “but they are no longer entering rooms that have no window units and really feeling the heat – literally,” he said.

How important is central air conditioning?

“For some folks, it is a deal killer,” said Chris Somers, of Re/Max Access in Northern Liberties.

“The exception might be starter homes, where if the rest of the home has tremendous appeal, buyers might overlook a home not having central air,” he said. “But in upscale homes and renovations, it is a pretty much a must-have.”

Central air conditioning is more likely to be a standard feature of suburban homes than of older houses in the city.

“I can only think of one buyer in the last five years who bought something without it,” said Nancy Pearl, an agent with Berkshire Hathaway Home Services Fox & Roach Realtors in Cherry Hill. “But the house had movable units, and the price was under $100,000.”

Using Trend Multiple Listing Service data for 2014, Kendus found that 77 percent of the homes sold in his Wallingford and Nether Providence Township had central air.

“I think this percentage would apply to many of the local suburban areas, especially in the price range of $275,000 and above,” he said.

In new construction, central air “became standard in the late 1980s and early 1990s, depending on the builder or market,” said South Jersey builder Bruce Paparone.

By 2004, according to Gopal Ahluwalia, then vice president of research for the National Association of Home Builders, 86 percent of new houses had central air conditioning, compared with 33 percent in 1966.

“Buyers looking for the older homes in the Philadelphia marketplace understand that central air is not a given,” said Paul Walsh, of Elfant Wissahickon Realty in Chestnut Hill.

Advanced technology available to homeowners and buyers – high-velocity systems with small-diameter or flexible ductwork – “gives many options for cooling systems even in homes that were built with hot-water heating systems,” Walsh said.

Buyers who consider a home without central air “will look to install it, even if it is only on the second floor,” Pearl said.

In many cases, Somers said, a home might already have forced-hot-air heat, so the ductwork is in place and the conversion won’t be as expensive.

More than half the homeowners surveyed by Emerson and EMI Research knew neither the age nor efficiency of their central-air-conditioning units. Those who bought new systems in the last two years did so because the ones they replaced failed or required costly repairs.

Harris Gross, of Engineers for Home Inspection in Cherry Hill, said he typically finds the physical condition of the exterior portion of a central-air-conditioning system to be good.

In older systems, performance will be less than adequate, Gross said.

Though a central-air system is often the third-most expensive item the average consumer will buy, Emerson said, the cost is worth it.

Noted Somers: It is “a no-brainer upgrade that adds value to the home for future resale.”